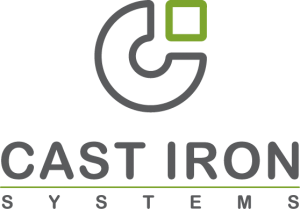 I am currently at IBM’s IMPACT show in Las Vegas, where the WebSphere brand gets to flaunt its wares, and of course one of the big stories was IBM’s announcement that is has acquired Cast Iron.

While Cast Iron may only be a small company, the acquisition has major implications. Over the past few years, Cast Iron has established itself as the prime provider of Cloud to Cloud and Cloud to on-premise integration, with a strong position in the growing Cloud ecosystem of suppliers. Cast Iron has partnerships with a huge number of players in the Cloud and application packages spaces, including companies such as  Salesforce.com, SAP and Microsoft, and so IBM is not just getting powerful technology but also in one move it is taking control of the linkage between Cloud and anything else.

On the product front, the killer feature of Cast Iron’s offering is its extensive range of pre-built integration templates covering many of the major Cloud and on-premise environments. So, for example, if an organization wants to link invoice information in its SAP system with the Salesforce.com sales force environment,  then the Cast Iron offering includes prepared templates for the required definitions and configurations. The result is that the integration can be set up in a matter of hours rather than weeks.

So why is this so important? Well, for one, most people have already realized that Cloud usage must work hand-in-hand with on-premise applications, based on such things as security needs and prior investments. On top of this, different clouds will serve different needs. So integration between clouds and applications is going to be a fact of life. IBM’s acquisition leaps it into the forefront of this area, in both technology and partner terms. But there is a more strategic impact of this acquisition too. Noone knows what the future holds, and how the Cloud market will develop. Think of the situation of mainframes and distributed solutions. As the attractions of distributed systems grew, doomsayers were quick to predict the end of the mainframe. However, IBM developed a powerful range of integration solutions in order to allow organizations to leverage the advantages of both worlds WITHOUT having to choose one from the other. This situation almost feels like a repeat – Cloud has a lot of advantages, and some misguided ‘experts’ think that Cloud is the start of the end for on-premise systems. However, whether you believe this or not, IBM has once again ensured that it has got a running start in providing integration options to ensure that users can continue to gain value from both cloud and on-premise investments.