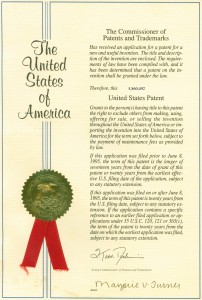 Over the past two years, a little Canadian company called Teilhard has been suing IBM, Microsoft, SAP and many others over a data exchange patent it acquired from JuxtaComm, but all parties have now settled.

I have occasionally blogged in the past on this case, regarding a patent from a company called JuxtaComm (now owned by Teilhard which is in turn owned by Shopplex.com) on a ‘System for transforming and exchanging data between distributed heterogeneous computer systems’ (US patent number 6,195,662). Legal activities were leading up to a November 2009 trial date. Many people have contacted me recently to try to find the current status, since there is little information available in the public domain and what is available in the blogosphere seems terribly polarized one way or the other. In answer to these frequent contacts, I thought I would post an update.

Firstly, the trial is off. All parties reached mutually acceptable settlement agreements, and these agreements included protection for all parties from future legal action. It should be noted that no information has been released by any party yet on the terms of these settlements. Settlements are exactly what they say – the dispute has been settled between the parties, for good. The only other point to note is that settlement amounts reflect the confidence and risk for each party in continuing to trial – therefore settlements can be large or they can be small or even zero. It all depends how strong each party thought its case was, and how much each was prepared to risk in terms of legal costs and potentially unexpected trial outcomes.

Secondly, as part of the pre-trial legal process, the judge involved formalized definitions for the terms involved in the patent, for example ‘script’. By choosing unusually wide-reaching interpretations for these terms which programmers would find highly eccentric, the result was that the patent applicability was increased dramatically from what it had originally covered, that is ETL (extract/transform/load). In the ‘script’ example, for instance, while the defence argued that a script was “a series of text commands’ that were interpretively run sequentially by the script processor”, the judge decided that a script meant “a group of commands”! However, the reason this is important is that subsequent to these definition rulings, the US patent office is now re-examining the patent for validity based on the new definitions. This work should be finished in the new year, and will have a bearing on future legal actions against new perceived infringers.

The big question to some, particularly those who own shares in the private Canadian company owning the patent now,  is how big or small the settlements are. As I said, this will be determined by a combination of risk, confidence and desire to avoid burning legal costs unnecessarily. On the plus side for the patent holder, the judge’s definitions strengthened the case substantially, making it far more wide reaching and therefore widening the impact on potential infingers. On the negative side there were an awful lot of examples of software that seemed to do the same thing as the patent describes which predated the patent, although in legal terms this sort of prior art does not necessarily invalidate the patent or law suits, apparently. But in the end, the truth is no-one knows whether settlements were huge or miniscule.

The only trustworthy sources for this settlement information in my view would be any formal announcements from any of the parties involved. For example, if a company has had to make a large payment for settlement, then depending on how much this payment is as a percentage of its turnover it might be legally required to make a statement about it in its SEC filings. Similarly, if the patent holder announces any substantial dividends then that would be another indication of settlement sizes, since the patent-holder makes very little revenue in software sales and therefore any significant profit would have to have come from patent settlements. Perhaps the next six months or so will make things a little clearer, but don’t hold your breath; as a private company, the only people Shopplex.com is required to keep informed is its own shareholders – it is not required to make any statements at all to the wider public.